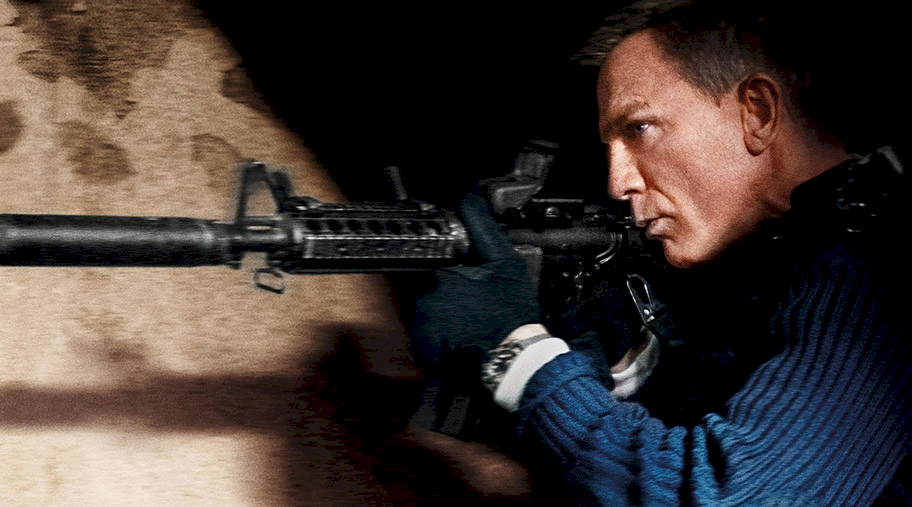 It's only a matter of time before the Me Too movement comes after James Bond.

This November (2020) will release of the twenty-fifth James Bond movie, No Time to Die. James Bond was created by Ian Fleming, the first James Bond novel was in 1953. President Kennedy helped make the novels a success when a magazine article in 1961 revealed From Russia With Love was one of Kennedy's favorite books. There have been over fifty James Bond novels by Ian Fleming and several other authors. Not only novels and films, but also comic books & video games. The first Bond film was Dr. No, released in 1962. That was fifty-eight years ago.

But why is James Bond as popular as ever in today’s culture of toxic masculinity? No one uses women as sex objects more than James Bond. He seduces women, then kills them. Talk about misogyny. In the movie Goldfinger, there's a scene with Sean Connery and Honor Blackman that today would be considered rape.

All the actresses in the Bond movies have to be eye candy. No matter how strong the female character is, she always ends up being saved by James Bond. The second a woman is alone with Bond, she takes off her clothes.

Listen to the theme song Thunderball, sung by Tom Jones. The lyric is, “any woman he wants, he gets. He’ll break any heart without regrets. His days of asking are all gone.” Not very “woke,” is it? Even today the most feminist actresses want to star in a Bond movie. Even if the character is a sex object. Pretty much everything that was considered hip and cool fifty-eight years ago is now a dinosaur. There was a time, in Las Vegas, you’d have to be dressed up in the evening to go into a casino. Men had to wear a sports jacket or a suit with a tie. Today you can go into a casino wearing a t-shirt and flip-flops.

Every Bond film has him dressed up in a tuxedo. The screenwriters today must go crazy trying to think up an event for James Bond to wear a tuxedo. Supposedly, in the early films, there have been female double O agents. But they never spoke or were identified. Just a female sitting in a briefing with M. In the latest Bond film, No Time To Die, Lashana Lynch will have the code name OO7 because James Bond has left MI-6. But I will bet when Bond comes back, he gets back the OO7 code name. I will also bet that Lashana Lynch’s character will need to be saved by James Bond.

Over the years, to make the Bond movies seem in touch with the times, they made Felix Leiter an African American. The first time in the early ’80s in Never Say Never Again. Played by Bernie Casey. Now the character is played by Jeffrey Wright. While Playboy Magazine was being published, all the Bond girls were in a nude pictorial. What would the Me Too movement think of that today?

Daniel Craig is leaving the franchise after No Time To Die. Who will portray James Bond next? And who's been the best James Bond so far? The new James Bond novels are still best sellers. Will the future Bond films continue to be blockbusters? In Never Say Never Again, the OO’s have been disbanded because the world didn’t want government-sponsored assassins running around. But they were brought back because it turns out, as Ian Fleming put it, intelligence agencies need a blunt instrument.

So don’t give your tuxedo to Goodwill yet.

My name is Bond, James Bond.