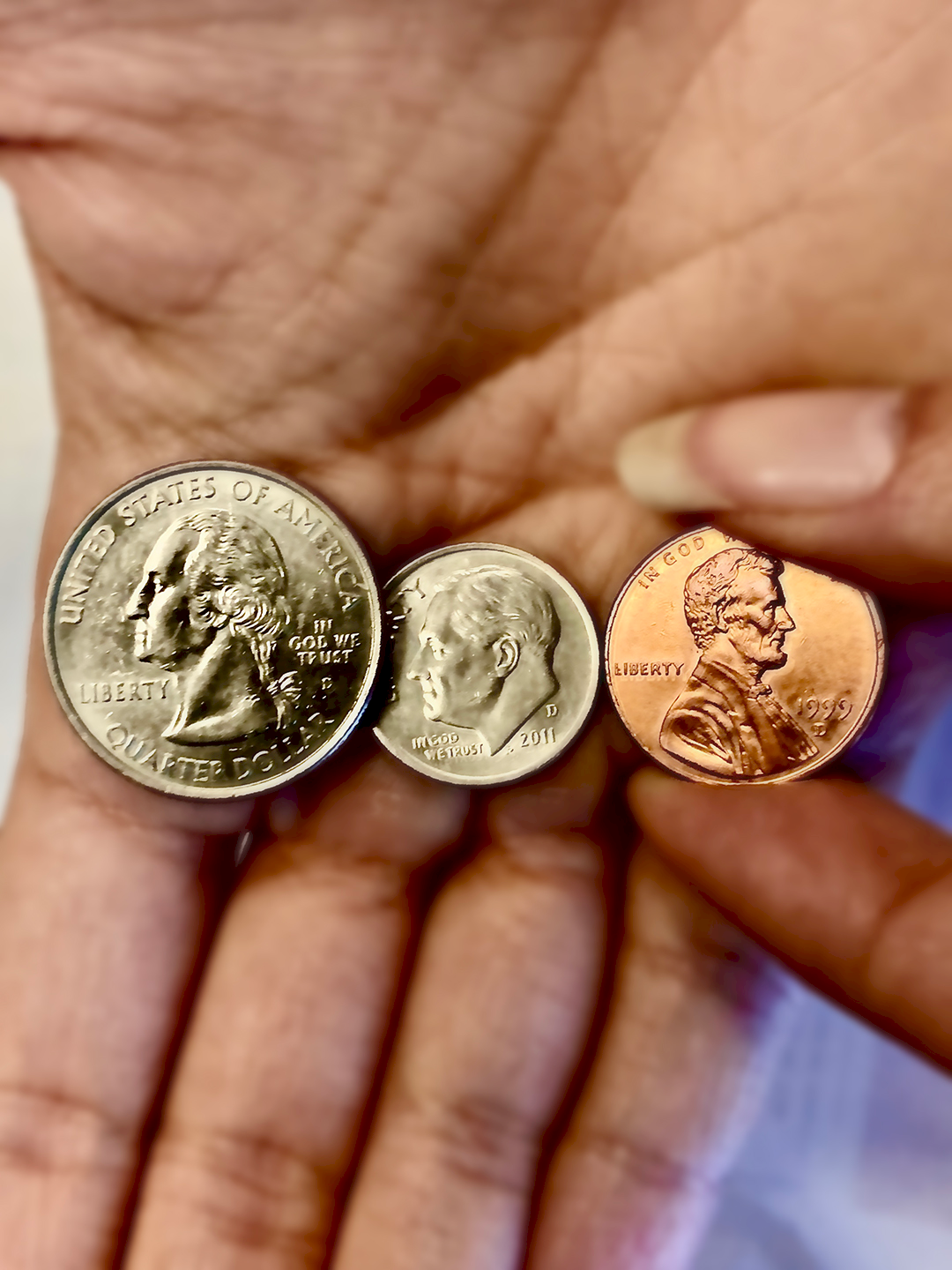 The next time you go to a party, you have to do this trick.

Everyone should know how to do at least one magic trick. And this one is not only easy, it's impressive. It's also one of the first magic tricks I have ever learned. I still do it today. So we are talking of doing this trick for over fifty years. Simple to do. Simple to learn. Just a little bit of acting and a technique called the “magician's choice.” This technique makes it look like the spectator has chosen something from their own free will, when in fact, the magician has forced the choice.

This goes under the heading of a mentalism type of trick. It is a prediction. First, write on a piece of paper; it could be anything, back of a business card, a cocktail napkin, or on a Post It note -- write the PENNY, OF COURSE!. This is your prediction. Take out 3 coins, a penny, a dime, and a nickel. Put them out in front of a spectator.

Now we will go through the various outcomes, where the penny is always selected. Tell the spectator to take two coins. Let’s say he/she take the nickel and the dime. You say you have taken the nickel and the dime. I have not influenced you in any way. This is your free choice. Do you want to change your mind? ( They usually say no. ). But I will show you what happens if they change their mind. Okay, back to the performance of the trick. You say you have left the penny. I didn’t influence you in any way? Read the prediction. They open the paper, and it says, THE PENNY OF COURSE!

The same thing goes for if they take the penny and the dime. The magician’s choice technique makes it look like they have made the decisions without any influence by the magician. It seems like it has been their own free will the entire time. Sometimes the spectator will say this works because the penny is the only copper-colored coin. So I have started doing this trick with a quarter, a nickel, and a dime. I make the prediction to be the nickel. This way, the spectator can’t say if it is the dime because the dime is the smallest coin. If it were the quarter, they would say it is because the quarter is the biggest coin.

Try this trick on your friends. You will be surprised at the reaction it gets. As I said, I have been doing this trick for over 50 years now. It has always been a pleaser.