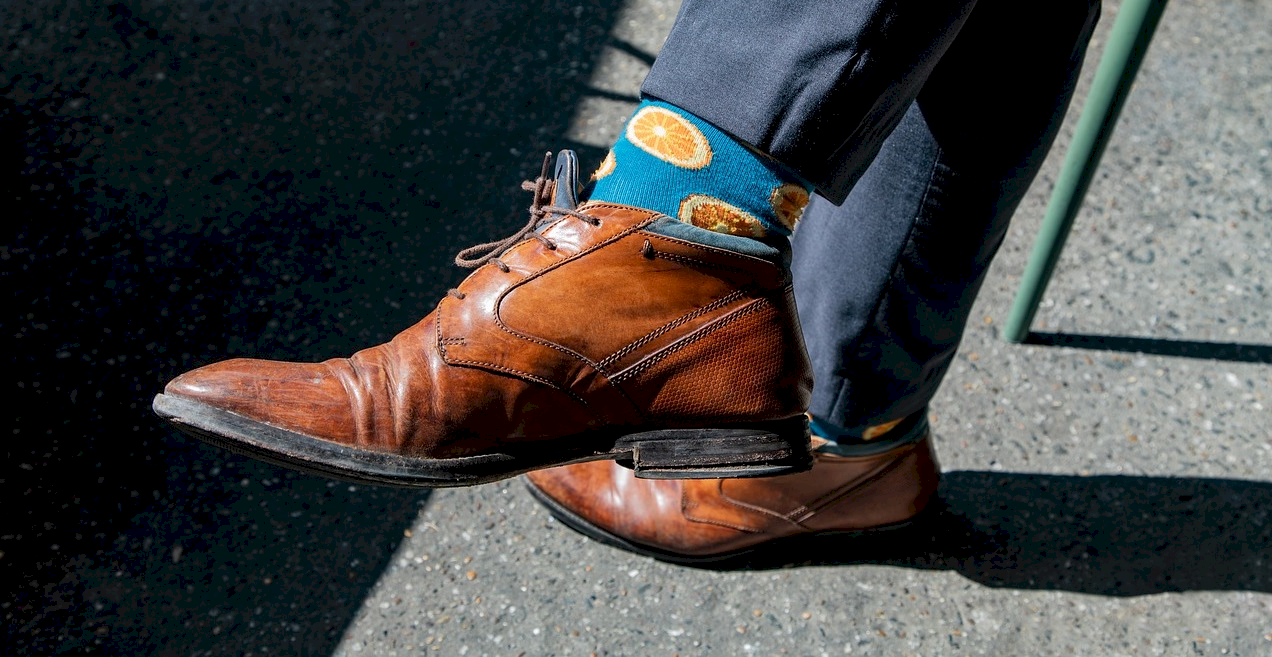 It was a Monday afternoon, I left the chicken shop with a bucket of BBQ wings and saw a man leaving the office building next door. He was handsome in that generic businessman way, sharp jawline and eyes a little too close together. He was wearing a blue suit which shone in the sun like a Curacao slushie – the suit was well cut, expensive looking. It had peaked lapels and that ankle-grazing style, which makes short men look like schoolboys. But the man was tall, his ankles were slender. Without a second glance in my direction, he mounted an electric scooter and rode illicitly away along the pavement, his jacket flapping gently in the wind as he wove between trash cans and pedestrians.

Other than the minor urban offense of pavement scootering, I had witnessed nothing particularly disturbing. And yet, I had a feeling that something was deeply wrong. There was a sense of the uncanny, as though the sun had suddenly dimmed, or the street had emptied of cars. I sat on a bench and finished the chicken wings, staring at my shoes in search of an answer.

And then, suddenly, it dawned on me – the man’s shoes. The brown leather, cap toe, slightly scuffed Oxfords. When did it become acceptable to match a blue suit with brown shoes? When I was growing up, the only people who wore blue suits and brown shoes were pimps and salesmen flogging incontinence diapers. Once, a Jehovah’s Witness appeared at the door wearing a blue polyester suit and brown tweedy shoes and announced that the end of the world was coming. Not to mention, for years at every Fashion Police Academy, aspiring fashion police officers were trained to apprehend anyone committing this fashion crime, felony fashion crime.

Research into the matter reveals that the blue-suit-brown-shoes taboo is at the center of a severe breach between Republicans and Democrats. Larry Kudlow, President Trump’s primary economic advisor, has reportedly told his colleagues that they should never combine a blue suit with brown shoes. Depending on your political leanings – and whether or not you’ve benefitted from Kudlow’s support for tax cuts and deregulation – you may or may not be willing to take Kudlow’s advice. The man on the scooter didn’t appear to be staging a Liberal protest against Conservative policies. But you never know. (And if you're a liberal looking to make peace with your conservative partner, here's your Democrat's Guide to Loving a Republican.)

Back in July, Governor Jay Inslee appeared on the Democratic Debates wearing a navy blue suit and mahogany brown shoes – naturally, he ended his campaign shortly after, might have been because of the response to his shoes. While commentators argued that a navy suit is the exception to the rule, others claim that the sartorial choice was a strategic way to draw attention to his climate change policies. When he exclaimed, “Our house is on fire,” presumably, the menswear rule book was one of the first things to burn.

Kudlow’s emphatic stand on the blue-suit-blue-shoes issue (#bs), presents a particular commitment to toeing a party line. While the Democrats are open to radical fashion statements – just think of AOC’s bright red lipstick and gold hoop earrings, and Bernie Sanders’ influence on Balenciaga – the Republicans stick to certain rules, helping them to secure a more cohesive image. A sea of red hats is just the start.

Liberals will argue that conservative attitudes are repressed, old-fashioned, and even oppressive – but conservatives are rarely confused. When you cancel out the options – abortion, LGBT rights, blue suit brown shoes – your path is clear. It’s easier to say ‘no’ than “maybe,” “perhaps,” or “that depends.” Which attitude will win the day? And if you’ve decided to vote with your feet, the question remains. What color are your shoes? And if they're Nikes, do you know the true story of the death behind Nike's famous tagline?